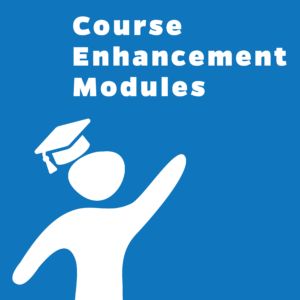 Pre-and in-service education professionals enter the field through a variety of routes. Having knowledge and skill in their content areas and in providing an appropriate education to all learners is critical for teachers. Equally important is that leaders and other service providers take a culturally responsive educational stance to support teaching and learning. This section of the Culturally Relevant Education (CRE) CEM includes the terms that informed its development, a glossary of related terms, and anchor presentations and resources organized in the following parts:

Educator quality and effectiveness are often discussed in terms of knowledge, skills, and dispositions. With a focus on the increasing diversity of the student population in United States schools, addressing educator quality and effectiveness in preparing culturally and linguistically diverse (CLD) learners for equitable access to a good quality education and post-school outcomes is important. For decades, scholars have called for teachers to engage in “good teaching”— for all students — that is culturally appropriate (Au & Jordan, 1981 as cited in Aronson & Laughter, 2016); compatible (Jordan, 1985 as cited in Aronson & Laughter, 2016); congruent (Mohatt & Erickson, 1981 as cited in Aronson & Laughter, 2016); and informed by pedagogy that is relevant (Ladson-Billings, 1995) and sustaining (Paris, 2012). We acknowledge the history and intent of these terminologies, which all point toward a need for education that is socially just and prepares students to be agents of social change.

Aronson and Laughter (2016) reviewed the literature on CRE and identified the interconnectedness of culturally relevant pedagogy (Ladson-Billings, 1995) to inform culturally relevant teaching (Gay, 2010), delineating how “teaching affects competence and practice whereas pedagogy affects attitude and disposition” (Aronson & Laughter, p. 167). In other words, your “who” affects what you “do.” The three unifying elements include intentional attention to academic achievement, awareness of and sensitivity to self and other, and critical analysis of systems and society. We use the CRE framework to structure this CEM. Paris (2012) and Ladson-Billings (2014) recognized the foundation of culturally responsive pedagogy and the importance of resisting stagnation — resting on our laurels or becoming complacent. Paris and Alim (2014), with the backing of Ladson-Billings, urge us forward to “incorporate the multiplicities of identities and cultures” (p. 82) represented in classrooms through culturally sustaining pedagogy. Educators must bring into the classrooms the extracurricular lives of their students and also take schooling into the community, providing opportunities to increase sociopolitical consciousness and set new norms. The figure below represents the trajectory of terminology while the intent remains the same — providing an equitable educational opportunity by affirming and including the cultural backgrounds of diverse learners.

Acknowledging related bodies of work that are no less important, but are not explicitly addressed, are important and include Instruction of English Language Learners and Multicultural Education. Please visit the Additional Resources section for selected resources on these topics.

Culture is a set of values, beliefs, or behaviors shared by people based on race, ethnicity, nationality, or other social group configuration. One’s cultural norms inform the ways in which they identify, assign meaning to, and interact with their own context.

Culturally and linguistically diverse (CLD) is a term used to describe individuals and groups whose culture is not Caucasian/White American and/or for whom English is not their first language. CLD is also a term used to characterize English language learners (ELLs) in appreciation of their distinct backgrounds and in recognition that their educational needs go beyond just learning English.

Diversity is the variety of backgrounds that individuals bring to a community or other social-group configuration. In common usage, diversity has come to mean the collection of people of various races/ethnicities, socioeconomic classes, genders, sexual orientations, religions, and the like.

Equity requires providing what students need to remove barriers and create the same access, opportunities, and outcomes for all that advantaged students enjoy. Equity differs from equality wherein everyone is treated equally regardless of their need and/or the barriers they face.

Latinx is a gender-neutral term relating to a person of Latin American heritage. It was added to Merriam-Webster Dictionary in 2018

Race and ethnicity are social constructions with no biological basis, and widely recognized is the fact that more genetic diversity exists within racial categories than across racial categories. Still, to identify inequities and provide resources that socially recognized racial/ethnic groups need, education institutions are required to collect race and ethnicity data using a two-part question. The first question asks individuals to identify their ethnicity as Hispanic/Latino or not Hispanic/Latino. The second question asks individuals to identify their race as one or more of the following: White, Black, Asian, Hawaiian/Pacific Islander, American Indian/Native Alaskan. Hispanics/Latinos can be of any race.